UFC is an all-in-one tool to stay tuned with the latest fights events and pay-per-view contents. It is an exclusive app for those dedicated fight fans to get access to the world’s largest MMA Fight Library. It can be accessed on Amazon Fire Stick to watch the exclusive UFC Fight Pass events. With UFC on Firestick you can watch your favourite fight events without relying on the cable tv subscription. Find out more about UFC, its features, along with the steps to install UFC on Firestick right from this article.

UFC app features the ultimate fighting championship events and is found to have the largest MMA video library. It is an excellent app that any UFC fan needs as it will give you up-to-date content and information about the on going fight shows. You can use UFC app to watch UFC events, WEC, Pride FC, and more. Just by signing in to your UFC Fight Pass, you will be able to watch exclusive UFC Fight Pass events in live.

It is the place to instantly watch UFC PPV and stream live events on the go. With UFC on Firestick, you can browse for the fight cards or look for the fighter profiles by age, weight, etc. You can even check broadcast times and get exclusive news about the upcoming fight events, and more. Get to know more in detail about the UFC fighter by looking at the profiles. You can download UFC on Firestick to watch the largest fights at any time with ease.

Related: How to Watch ESPN on Firestick

Features of UFC on Firestick

How to Install UFC on Firestick

UFC is an ultimate app for watching fight games and it can be downloaded from the Amazon App Store directly. Follow the steps given below to stream UFC contents on your Firestick. It is important to install a VPN just before proceeding to the section below.

Step 1: Turn on your Amazon Fire Stick to click on the Search tab from the main menu.

Step 2: Use the virtual keyboard to type in the name of the app as UFC and click on the search icon.

Step 3: You will get a list of apps along with the UFC on the search result. Make a click on UFC app icon.

Step 4: Click on Get button to start downloading the UFC on Firestick or Fire TV.

Step 5: When UFC app completes its downloading process, you can click on the Open button to open it on Firestick.

Step 6: Wait for few seconds to let UFC install on your Amazon Fire Stick and thereby access all its features.

In certain cases the app will not be available in your region and so it will not appear when you search for it on your firestick. Follow the steps below,

Step 1: So login to your amazon account on any desktop browser and search for the UFC app.

Step 2: On the right side of the page, you will see a option called Deliver To

Step 4: Now you will see a delivery message that the app will appear on your firestick shortly.

Step 6: Open the app and start using it.

Watch UFC on Firestick on Other Services

ESPN+ is a popular US-based sports channel that broadcast all the major professional sports events including MLB, MLS, NHL, NBA, NFL, UFC, Basketball games, Cricket and many more. Get this app on your Firestick to stream all UFC fights live and on-demand in full HD anywhere in the world. Due to the absence of a Cloud DVR feature, you cannot download UFC live for offline streaming. But you can watch the live broadcast events later form your Library. ESPN+ is a subscription-based streaming app officially available on Amazon App Store.

Learn How to Watch ESPN on Firestick?

Hulu + Live TV is an over the top internet streaming service provided with thousands of movies, TV shows, live Sports and Hulu originals to watch. If you own a Firestick, you can get full access to both live and on-demand UFC events. Stream live games from top national sports channels like ESPN channels, NBC’s Golf channels, SCE network and Big Ten network. With this, you can catch all your live games at home or on the go. Hulu +Live TV is a native app on Firestick, installed from Amazon App Store. Get Hassle-free UFC streaming by subscribing to Hulu.

Learn How to install Hulu on Firestick?

Sling TV is a reliable live TV streaming service that offers various channels to stream hit movies, live sports and on-demand contents. It offers two subscription plans Sling Orange and Sling Blue. Notably, the Sling Orange offers all ESPN channels, TBS and TNT. While the Sling Blue offers NBC networks and NFL networks. Subscribe to Sling Orange and stream UFC events through ESPN channels. With Sling TV, you can also get 10 hours of free Cloud DVR to save all your UFC live games and watch them later. By making payment to Cloud DVR Extra at $5/month to get 50 hours of Cloud DVR storage.

Related Post: How to install Sling TV on Firestick?

Mobdro is the most popular streaming service that offers various movies, shows and live Sports. Install this app and get access to more than 100 sports channels. Notably, all Fox Channels are available on Mobdro, and the Fox network is the major one to broadcast all UFC events. Other channels that air UFC fight like SkySports and BT Sport are also available for free. You will not find Mobdro on the Amazon App Store, so you have to side-load it on to your Firestick. It is entirely a free streaming service to watch UFC fights on Firestick. The most important thing is, you should install any VPN service before accessing to Mobdro app.

Learn How to install Mobdro on Firestick?

Kodi is an open-source media streaming service supported by Amazon Firestick. It comes with various Kodi addons to watch a wide range of entertainment contents around the world. There are more than thousands of Official and third-party Kodi addons available. Among them, some offer sports channels to watch UFC fights on you Firestick. The UFC streaming Kodi addons are SportsDevil, Halow Live TV, cCloud TV, Made In Canada IPTV, Magic Dragon and many more.

UFC is everything a real fight fan needs. Right from the past videos to the up-to-date information UFC has it all. Whether you want to access live fight events or watch PPV events, UFC is all you need to have. Watch exclusive fight pass that are aired with one tap. Among the above-mentioned apps, ESPN, Hulu, Sling TV are the official apps directly installed from Amazon App Store, but Mobdro and Kodi are unofficial streaming services installed by side-loading. While streaming through Unofficial apps, there may be a chance of hack or theft fo personal information. To avoid this and protect your privacy by installing VPN services on your Firestick. 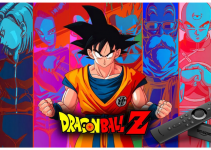