Home
Apps
Is the NBC App Not Working on Firestick? [Fix 2022]

The NBC channel officially released the NBC app for its subscribers to benefit from. With the NBC app, the users can access all the NBC networks for free provided with the TV provider account on their supported smart devices. But in case the NBC app suddenly stops working on your Firestick, what will you do. You can follow this article further to find the possible fix.

Related – How to Fix BBC iPlayer Not Working on Firestick

How to Troubleshoot the NBC App on Firestick

Troubleshooting is an approach that is followed to solve a problem or an issue. So, here in the below section, you will find all the possible troubleshooting methods to fix the NBC app not working on your Firestick issue.

1. Logout and Login to NBC App

If you find any issue with the NBC app on your Firestick, you can log out and log in to the app again. The technical problems residing in the NBC app may have caused the NBC app not to work correctly. So, just re-login to your account in the NBC app. If it’s not the fix for you, you can follow the other troubleshooting methods below.

If there are any bugs in the NBC app, the same platform will rectify the bugs in a new update. So, if an update is found for the NBC app, it is recommended to install the latest update. So, you can also follow the steps below to do the same.

1. Select the Applications icon from your Firestick’s home screen.

2. Then, select the NBC app using your Firestick remote.

3. Press the Menu button on your Firestick remote.

5. Now, the NBC app on your Firestick device will start to download the update.

6. After installing the latest update of the NBC app, you are ready to stream on the NBC app.

3. Clear the Cache and Data of the NBC App

1. Open the Settings of your Firestick device.

4. Now, select the NBC app you have installed on your Firestick.

5. Select the Clear Cache option and the Clear data option.

6. Now, you have successfully cleared the cache as well as the data of the NBC app on your Firestick.

Now, you are ready to re-login to your account since you have cleared the app data.

4. Reinstall the NBC app on Firestick

If the NBC app is still not responding, you should try uninstalling the NBC app and reinstalling it again. Then, you can follow the steps below to do the same.

1. To uninstall the NBC app on Firestick, select the NBC application from the Manage Installed applications section and choose the Uninstall option.

2. Now, you have successfully uninstalled the NBC app on Firestick.

3. Navigate to Search from the Home screen.

4. Search for the NBC app using the virtual keyboard.

5. Choose the NBC app from the search result.

6. Then, select the Get or Download button to install the NBC app.

7. After installation, you can launch the NBC app and log in to stream it.

Other Fixes to Fix the NBC App on Firestick

1. Select the Settings on the home screen of your Firestick and choose My Fire TV.

3. From the About section, select Check for Updates.

6. Now, you have successfully installed the latest update to the NBC app on Firestick.

You can now launch the app to check if the fix is worked or not.

Restarting your Firestick is a simple method and can be done in 10 seconds. Use your Firestick remote and press the Select button and Play or Pause button simultaneously for some time. Then, your Fire TV will be restarted without any notification. Now, you can launch the NBC app and see if it is working or not.

Related – How to Fix Netflix not working on Firestick

Each day the situation gets worsen because everywhere there are not working issue. This is only because of the errors in either the smart device or the streaming platform’s fault. Either way, you need to fix this issue, or you can’t stream on the desired platform. However, we have now seen the possible ways to fix the NBC app not working issue on Firestick. 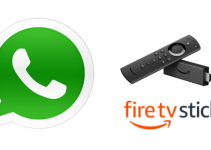