Out of 195 countries in the world, ZEE5 is available to stream in 190 countries. Unfortunately, it is not available in the United States of America. Since the creators of ZEE5 have made its service or app to be accessible only in the approved countries list and other countries that are geo-blocked cannot be able to stream content on ZEE5. But In this article we guide you step by step on how to watch ZEE5 in the USA without using any illegal apps or services.

ZEE5 is an Indian Live TV and video streaming application available in more than 12+ local languages. It also offers its network of Live TV shows from Zee TV Hindi, Zee TV Tamil, Zee TV Kannada, etc. for free. ZEE5 has more users than Netflix and Amazon prime in India due to its subscription costs are just $5/year while Netflix minimum subscription fees of $2.5/month.

It has monthly viewers of 76 million worldwide, making it feature in the top 10 streaming apps in India. Also has ZEE5 Originals that such web series or movies are available only exclusive for ZEE5 users only. You can also watch ALT Balaji shows and Zindagi TV shows on the ZEE5 app. Featuring 90+ live TV channels and also has thousands of Blockbuster movies for unstoppable entertainment.

How to watch ZEE5 in USA

As we mentioned earlier ZEE5 is not available in the USA since it’s geo-blocked. Just by surpassing the geo-blocking restriction, we can watch and stream ZEE5 anywhere anytime.

Before we proceed to the Signup process, please connect your network to any Indian servers and then follow the below steps,

Step 1: Go to ZEE5 website and select your preferred language.

Step 3: You can see the subscription fees in Indian Rupees.

Step 6: Sign up to a ZEE5 account, we recommend not to use social login as it may give your location and you will be blocked from ZEE5. so entering your Email address will be better.

Step 7: Since you are in the US then payments like UPI, Wallets will not be available for you. Proceed with your credit card that has international transactions enabled.

Also read How to Watch Hotstar Outside India.

Congratulations! Thus by following the above tutorial step by step, you can also watch ZEE5 not only in the USA but also anywhere in the world with this simple trick. It takes a minute or two to activate and stream ZEE5. We are updating our tutorials from time to time to keep them up to date. If you face any errors by following steps, then feel free to share them in the comment section below, so that our team can help your overcome such errors. 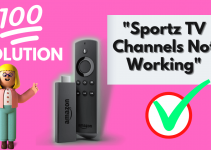