Google Play is the most popularly used app store to download applications for your Android-based mobile, tablets, TV boxes, etc. If you want to access the Android apps and games on the Amazon Firestick, then Google Play Store is all you need to have. It is a digital distribution service with which you can get access to various digital content like music, movies, etc. It is a one-stop destination to download those apps that you are missing on the Amazon App Store.

But Google Play Store is not officially available for Firestick. But yes you can always sideload it, but, instead, you can go with the Aptoide TV app. Because the Aptoide TV app is optimized to work perfectly with the Amazon Fire devices. Even though you cannot expect the Aptodie TV to have a huge library of apps as the play store has. But still, it holds the must-have and best apps on Firestick.

If you look for ways to install Google Play on Firestick, then go further below and find out more about in detail about Google Play and its features.

What is Google Play?

Google Play is the official Android App Store from which any Android apps, games, and more other digital content can be downloaded. Since Firestick runs on an Android OS, Google Play can be installed and accessed. No other app stores including Amazon Store have such a huge collection of apps as like Google Play. So those who miss your favorite Android apps can download the Google Play store for Firestick and get access to it.

How to Install Play Store Alternative Aptoide TV on Firestick

Google Play is definitely the best app store to try on Amazon Fire Stick. Since we have the Aptoide TV app which is still better than the Play store, give it a try. On the Aptoide tv app, you will get even the apps that aren’t available on the Amazon App Store. Not all of the Android apps are remote-friendly and this app is completely made for the firestick and lets you browse through sections easily using your firestick remote. Comment below if you have anything ask. 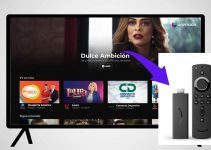 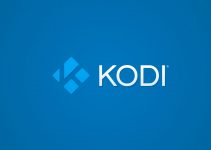