Home
Comparison
Amazon Firestick vs NVIDIA Shield TV – Which one to choose?

What is Nvidia Shield TV?

Firestick is a streaming product owned by Amazon. It is a small device that can capable of turning your normal TV into a smart TV. With Firestick, you can install apps, play games, stream videos, listen to songs, and many more. Amazon Firestick is considered one of the best streaming devices in the streaming industry.

In Nvidia Shield TV, the external wire connection is no that much tough. It is an Android-powered device and so the setup procedures are also very simple. You just need to follow simple on-screen instructions to activate the device. You need to choose the language, you can also use Android smartphone mail ID if you want. If you choose to use your Android smartphone mail ID, the setup process won’t have a few extra steps. You need to choose the Home Wi-Fi network, and within two or three steps, the setup will be finished.

The setup procedure of Firestick is almost similar to Nvidia Shield TV. After the external wire connections are done, you can dive into the setup process. In the setup, you need to choose the language, Home WiFi network, and account. If you brought the device from the Amazon e-commerce store, the Amazon e-commerce account will be signed in on the device. If you want, you can give your own account.

In the setup process, both devices require the same information. By considering the setup, it is a tie between these two devices.

Amazon Firestick is a pen drive sized device that can easily fit into your TV. It won’t occupy any space at all. However, Firestick is a bit thicker device, it may block the other HDMI port if two HDMI ports are placed close to each other. To sort out this issue, Firestick has its own HDMI extender. The total weight of the device is 32 grams which is a lighter device when compared to Nvidia Shield.

In the design aspect, Firestick is the clear winner.

NVIDIA Remote is a 15.5 cm device that can be used to control the device. The remote has a total of 16 buttons which includes the NETFLIX preset button. Other than the remote control, you can control the device through a smartphone app called NVIDIA SHIELD TV.

Learn how to pair Firestick remote?

Since the Nvidia Shield TV runs on Android TV OS, the user interface is similar to your Andriod smartphone. All the Google apps are preinstalled on your device. Being an Android device, you can change the UI if you want. There are a lot of launchers available on the Play Store itself.

In the cast of Firestick, it runs on Fire OS which is specially designed for Amazon streaming devices. The UI will look new to most of the users. Unlike Nvidia Shield TV, you can’t change the UI of your device. It may not respond correctly.

Having the privileges over changing the UI, Nvidia Shield TV is the best streaming device in the UI category.

As we said earlier, Nvidia Shield TV is an Andriod TV. So most of the Android apps can be installed on the devices. You can install almost all the Android smartphone apps on your Shield TV. You can also install third-party apps with ease.

For Firestick, Amazon has its own app directory called Amazon App Store. Fire OS is very similar to Android OS, so you can install apps that are available for Android devices. Like Nvidia Shield TV, you can also install third-party apps.

In the apps ecosystem, both devices are having compatibility with most of the apps. Like the setup category, it is a tie in the App Ecosystem too.

In Firestick you can play games but the only medium-ranged games. High-end games like PUBG, Fortnite may not respond quickly. Even though the Firestick has its own game controller, playing games on Firestick is not the wise choice.

In the gaming category, Nvidia Shield TV is the winner.

NVIDIA Shield TV costs $149.99 and Shield TV Pro costs $199.99. The price is much higher for a streaming device. If you want to play games, the Shield Controller costs $59.99. Just for the streaming and gaming, it not wise to spend that much money.

The price of Amazon Firestick starts from $45 to $119. It is clear that the costliest Firestick is cheaper than the cheapest Nvidia Shield TV. In the price section too, Firestick is the best streaming device. 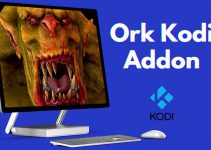