How to Access Google Duo on Firestick/ Fire TV

Related: How to install Minion Rush on Firestick

Beach Buggy Blitz is a racing game with a lot of race tracks, cars, and drivers. Each car and driver has its own advantage and disadvantage. You can play the game for more than an hour continuously without repeating the race track as the game is having more number of tracks. As you play the game, you will be updated to a new level thereby developing your car’s performance. On the course of the game, you will unlock new cars and new drivers on your team. It is one of the best entertainer game on Fire TV / Firestick.

Sonic The Hedgehog 2 is very similar to Super Mario. It is one of the best adventure games of all time. You can get to explore many fantasy places in this game. The game may look childish with all the fantasy but it is full of adventures and thrill. In the latter part of the game, missions will be tougher to complete. There are some missions that you need to fight one on one with the enemy. In the new update, it has new graphics with a 60fps frame rate which runs smoothly on your Fire TV. You can get the game on the Amazon App Store for $2.99.

Deer Hunter Classic is a hunting game as the player needs to kill the deer as well as other wild animals. It is the best game for those who love shooting games. When you progress through the game, you will get to upgrade and change your weapons. Though it is a first-person view game, you will get to see the graphics of the bullet you fired with slow-motion which will tempt you to play more. The game is available for free on the Amazon App Store.

Stunt Extreme is a BMX Bike Racing game. The game has both the Career mode and Survival mode. On the course of racing your BMX bike, you can perform unconventional stunts to increase your score. Other than that, you can get to connect to your Facebook profile and invite your friends to race against you. This game will be more challenging and entertaining to play. It is one of the simplest games that you can play on Fire TV.

The name of the game itself shows the type of the game. It is a mathematical game that you can play until you end the game. If you consider yourself a good mathematician, this game would be a cakewalk for you. With this game, you can develop your math skills thereby spending your time worthfully. The game won’t occupy too much of your memory, the total size of the game is just 2.7MB. You can play this game with ease. It is one of the best and simplest games for Fire TV. The game is available for free in the Amazon App Store.

Red Ball 4 is an arcade game. The game has exciting 75 levels with epic one on one battles with the boss. Using the Red Ball, the player needs to roll, jump and bounce through the obstacle. With the Red Ball, one needs to save the world from the evil minions who want to squeeze the world into a square shape. The game is a mixed bag of adventure and fun. You can get the game from the Amazon App Store for free. Red Ball is one of the best adventure games for Fire TV.

Related: What are the Best Sports Streaming Apps for Firestick apps

Minecraft is the best adventure game on any device. You can install and play the game on your Firestick TV too. The game has various modes of play like Survival, Creative, Adventure, Spectator, and Hardcore. You can explore as much as you want. Minecraft game is so popular among the Android users as it has more than 10M downloads on the Google Play Store. You can also install the game on your Fire TV and play it The game is available on the Amazon App Store for $6.99.

Asphalt is the best racing game of all time. It was developed by Gameloft who is the creator behind many top-rated games. In this game, you will get to drive 56 supercars which include Lamborghini Veneno, Bugatti Veyron, and Ferrari FXX. The game contains 9 race tracks, 8 seasons, and 180 events. It is a multiplayer game, you can play up to 8 real-time opponents. You can do barrel rolls and 360° jumps. The game is playing heaven for car racers. You can get the game for free on the Amazon App Store. Asphalt 8: Airborne is the best racing game for Amazon Firestick / Fire TV.

Star Wars: Knights of the Old Republic is derived from the Star Wars movie. You can get to role-play with unique movie characters and learn to play with 40 different powers. The Lightsaber is the most exciting part of the game. In this game, you can drive your own spaceship to the eight different worlds and explore them. Like the movie, the game is also filled with fantasy and mystery elements. The game is a paid game which costs $9.99 on the Amazon App Store. Star Wars is one of the best fantasy games for Fire TV.

BombSquad is a multiplayer entertaining game that is available for Firestick. You can add up to 8 players on the game and battle with them. There is a lot of different play modes and play arena. As the Fire TV is a stationary device, it is a perfect game to play within the family members. From capturing the enemy flag to playing hockey, the game has a lot of varieties. Blow up your friends with a different kind of bombs. The game is available for free on the Amazon App Store. Bombsquad is the best multiplayer games for Firestick.

Stranger Things: The Game is derived from the popular Netflix series Stranger Things. The gameplay is set in the year 1984. In the game, you will get to explore the Hawkings and the city. Every character in the game will have a unique character. You can collect all the Eggos and Gnomes as it can unlock exciting new things. The game is available for free on the Amazon App Store.

Alto’s Adventure is an endless snowboarding game. It may seem that the game is a simple snowboarding game but it is not. The graphics properties like lightning, thunderstorms, fogs, rainbows, shooting stars, and more weather effects. You can also challenge your friends to beat your game score. The game is easy to learn but difficult to master. The game is not available for free, it costs $3.99 on the Amazon App Store.

Hangman is the perfect word guessing game. Find the hidden word with a limited number of guesses. Each wrong guess will take the character nearer to be hanged. The game has 27 categories and 12500+ games. By playing this game, you can improve your English vocabulary. It is one of the simple games that you can play on your Fire TV. The game is available on the Amazon App Store for free.

GTA: Vice City is the most popular gangster games in the world. Now, you can play this game on your Firestick. The game was developed by the Rockstar Star games. This game has a separate fan base. With all the exciting missions, it is a must-have game on any smart device. In this game, all the cars, bikes, and guns are yours to take. The game costs $4.99 on the Amazon App Store. It is the best action game for Firestick.

Related: What are the 10 Best Live TV apps for Firestick

All the games mentioned above will work on your Amazon Fire TV but some of the games require game controllers to play better. If you want you can buy Amazon Game Controller or any game controller. Though you can play games on your Firestick, it has some limitations. Size is a major limitation. If you play any high-end games, it will greatly affect your Fire TV’s storage. For an avid game player, Amazon Fire TV is not a great choice. But still, if you are an occasional player and if you have kids at your home, you can have a great time playing on firestick. 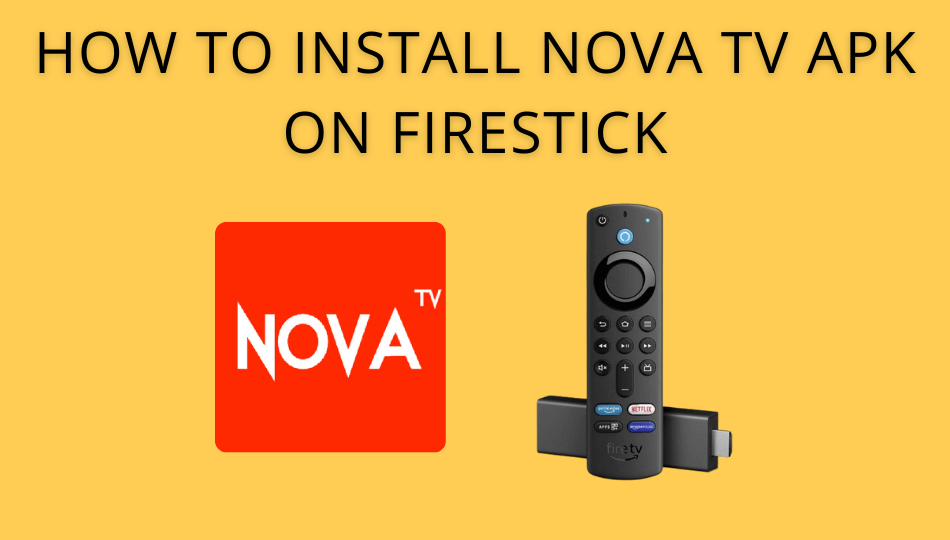 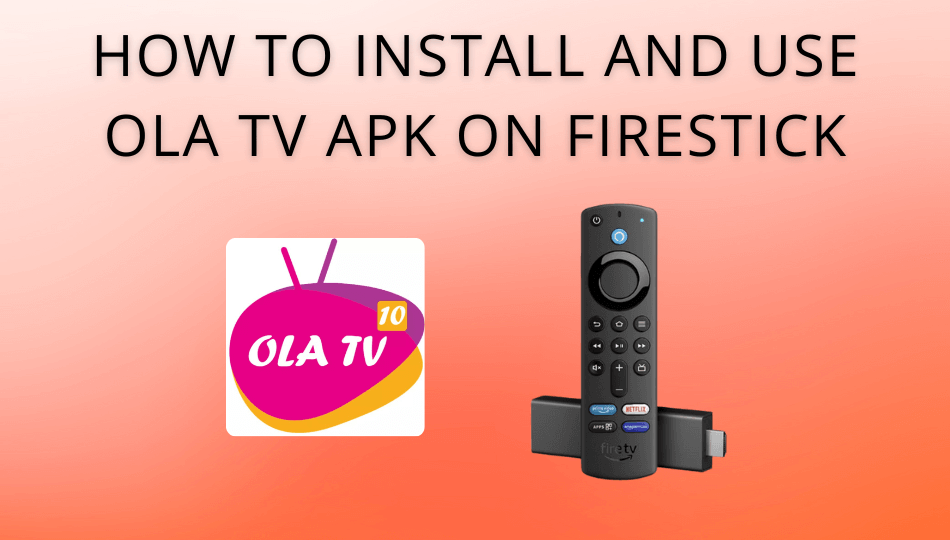 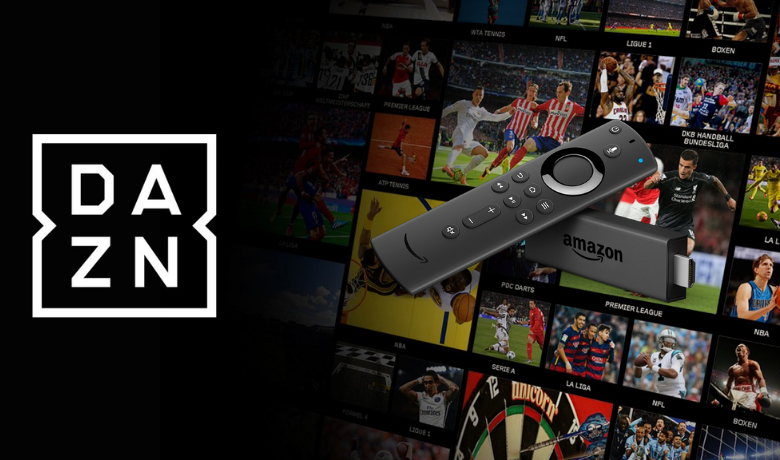