Twitter is one of the most used social apps around the world. Apart from the smartphone app, Twitter can be installed on streaming devices too. It has its own app for streaming devices like Amazon Firestick, Apple TV, and Xbox Shield TV. If you are Firestick user and want to install the Twitter app for your Firestick, follow the below instructions.

Twitter is one of the social media apps that have minimal number of ads when compared to Facebook and Instagram. You can like, comment, retweet, share any tweet on the platform. Twitter is the best platform for official updates as most of the celebrities are using the app as their main social media. With the app on your Firestick, you can get to know about all the news around you.

Related: How to install TextMe on Firestick

The Twitter app is officially available on the Amazon App Store, you can directly download the app from the store.

Step 1: Click the Search icon on the Firestick Home screen.

Step 3: From the search results, choose the Twitter app.

Step 5: When it is downloaded, the app will be available on the Firestick Apps & Games list.

Related: How to install Skype on Firestick

Step 3: After that, search for Twitter in the Search bar.

Step 4: Choose the Twitter app on the searched results.

Step 5: On the next screen, click the Get App button on the right side of the screen.

Step 6: The app will be installed on your Firestick.

Related: How to install on JusTalk on Firestick

Use any one of the methods mentioned above to install the Twitter app on your Firestick. When compared to Facebook and Instagram, Twitter is the app with minimal ads and more information. Install Twitter for your Firestick and get into the world of social media. If you have any doubts, tell us in the comments section. 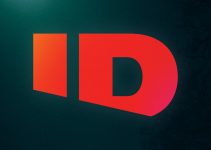