Oscars, also known as Academic Awards, are the annual performance awards for the actors and actresses in the entertainment industry. The nominations are made in many different categories like movies, actors, dramas, cartoons, etc., and are chosen from competitors worldwide. The official broadcast partner ABC channel is telecasting the Oscars show and you can watch it anytime if you install the ABC channel app on Android, Firestick, iOS, and Roku.

Firestick is the best-selling media streaming device in the world. It is an Amazon manufactured product, also supports for sideloading of Android apps. Firestick is sold globally, and if you’re a Firestick user, then here in the below tutorial, we teach you how to install and stream Oscars on Firestick.

Below is the list of the top five categories in the Oscars Award function that everyone is excited to see the winners and these awards are given at the end of the show.

Step 1: Turn on the Firestick device.

Step 2: Navigate to the Find menu and click the Search button.

Step 4: In the search list, select the ABC Channel app.

Step 5: Tap the Get button to download and install the app.

Step 6: Then click the Open button to launch the app.

Step 7: Activate the ABC channel app and go to the Browse section.

Step 8: In the sub-categories menu, go to the A-Z section.

How to Activate ABC Channel

Step 1: Open the ABC Channel app on your Firestick.

Step 2: Tap Activate your Device button and note down the code.

Step 3: Now in your browser, go to https://abc.com/activate.

What channel is the Oscars on Firestick?

ABC Channel is a free app so you can install and watch Oscars, but if you have any of the below-listed apps installed with an active subscription, open the app and search for ABC channel and watch the Oscar shows without any installation.

You can use a VPN on Firestick to watch Oscars on Firestick if you live outside the United States. Also, many partners provide direct access to watch Oscars like Sky Cinema in the UK, Channel 7 in Australia, CTV in Canada, Star Channel in India. Just Install the app start streaming instantly. 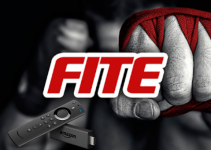